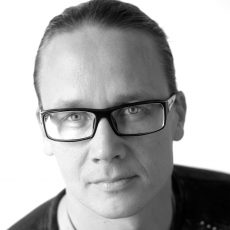 Mikki Kunttu has created designs for both drama theater and musicals. He has created the visuals for “Evita” at Göta Lejon Theater (SWE) and “Les Miserables” at Malmö Opera (SWE) as well as “The West Side Story” at Stockholm City Theater (SWE).

Mikki Kunttu’s opera designs for a number of productions such as “Figaro’s Wedding”, “Juha” and “Alcina” for Finnish National Opera (FIN), The Norwegian National Opera (NOR) and The Royal Danish Opera (DK).

Mikki Kunttu has designed visuals for touring and concert productions, such as Nightwish, Michael Monroe, Hanoi Rocks and Apocalyptica.

Kunttu designed public lighting and projection installations “Reflections”, “Oratoribus” and “Grace” for Helsinki’s Season of Light Festival during 2009 – 2011. Kunttu was also the founder of the festival together with the City of Helsinki.

He has also designed lighting for exhibitions of renowned artists such as Timo Sarpaneva.