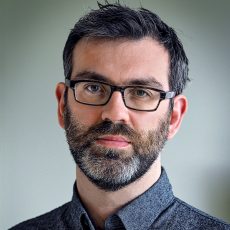 Jean-Sébastien Côté is a musician, composer and sound designer. Passionate about the technical side of music production, he quickly learned about sound engineering to better combine sound design and music composition. His work has been closely linked to the Canadian stage director Robert Lepage for the last 15 years; he has been the sound designer and / or composer for nearly all of Mr. Lepage theatrical work since 1999 for shows like Needles and Opium, The Dragons’ Trilogy, The Far Side Of The Moon, Zulu Time, The Andersen Project, The Blue Dragon, Eonnagata, LipSynch and Playing Cards. He also designed the sound effects for Mr. Lepage’s staging of 1984:The opera at London’s Royal Opera House and at La Scala in Milan. Over the years, he also had the privilege to work with some of Canada’s best theatre directors like Daniel Brooks, Wajdi Mouawad, François Girard, Michel Nadeau and Gill Champagne. In addition to his work for the stage, he also composed and mixed the music for many documentaries, tv ads and multimedia shows and has designed sound systems for both touring and permanent installations.