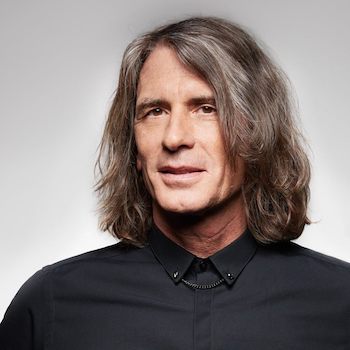 Jean-François Bouchard has been at the heart of Cirque du Soleil’s artistic approach for over twenty years, since the late 1990s.

Before being named Creative Guide in 2016, he worked closely with Guy Laliberté to create new projects, establish new processes for the creative team, while accompanying the creative gesture of designers and entrusting challenges to talented young creators.

Throughout his twenty years as a pioneer in the world of entertainment, he has acted as one of the pillars of the special projects design team. His achievements include The Beatles Revolution Lounge at The Mirage Hotel, the Gold Boutique Nightclub and Lounge at the ARIA Casino Hotel in Las Vegas, the interior design of the Downtown Disney West Side Orlando boutique located at the theatre where La Nouba was presented. He has also been the creative director of numerous projects and shows, including the 85th Academy Awards (Oscar Night), Madonna’s halftime show at the 2013 Super Bowl, Michael Jackson ONE, and Paramour, among others.

Jean-François Bouchard has a solid artistic and technical background, particularly in design, architecture, and commercial design. Before his arrival at Cirque du Soleil, his design set the tone and created the atmosphere of a dozen bars and restaurants in downtown Montreal as well as fashion boutiques.