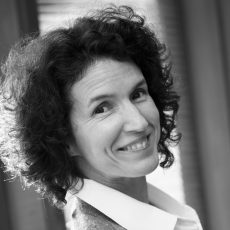 As a costume designer, Dominique does a lot more than simply outfit the artists. Her designs play a key role in creating the fantastic characters that populate the Cirque du Soleil universe as well as the other shows she worked on.

Dominique’s passion for drawing started at an early age and led her to study fine arts at Concordia University. After earning her degree, she worked as an art designer and children’s book illustrator. She later enrolled in the set design program at Canada’s National Theatre School (NTS), where the courses she took in drawing and costume design took her career in a whole new direction.

From 1986 to 1988 she worked as an assistant to François Barbeau, one of Montreal’s top costume designers and also a teacher at the NTS. During this period, she collaborated on many creations that could be seen on stages across the city.

With an expert eye, Dominique weaves colors, patterns and fabrics into fabulous costumes. But her choice of material is not strictly guided by aesthetic considerations alone. For Dominique, determining how fibres react to skin, movement, fire or water is of vital importance, and she never loses sight of the artists’ needs.